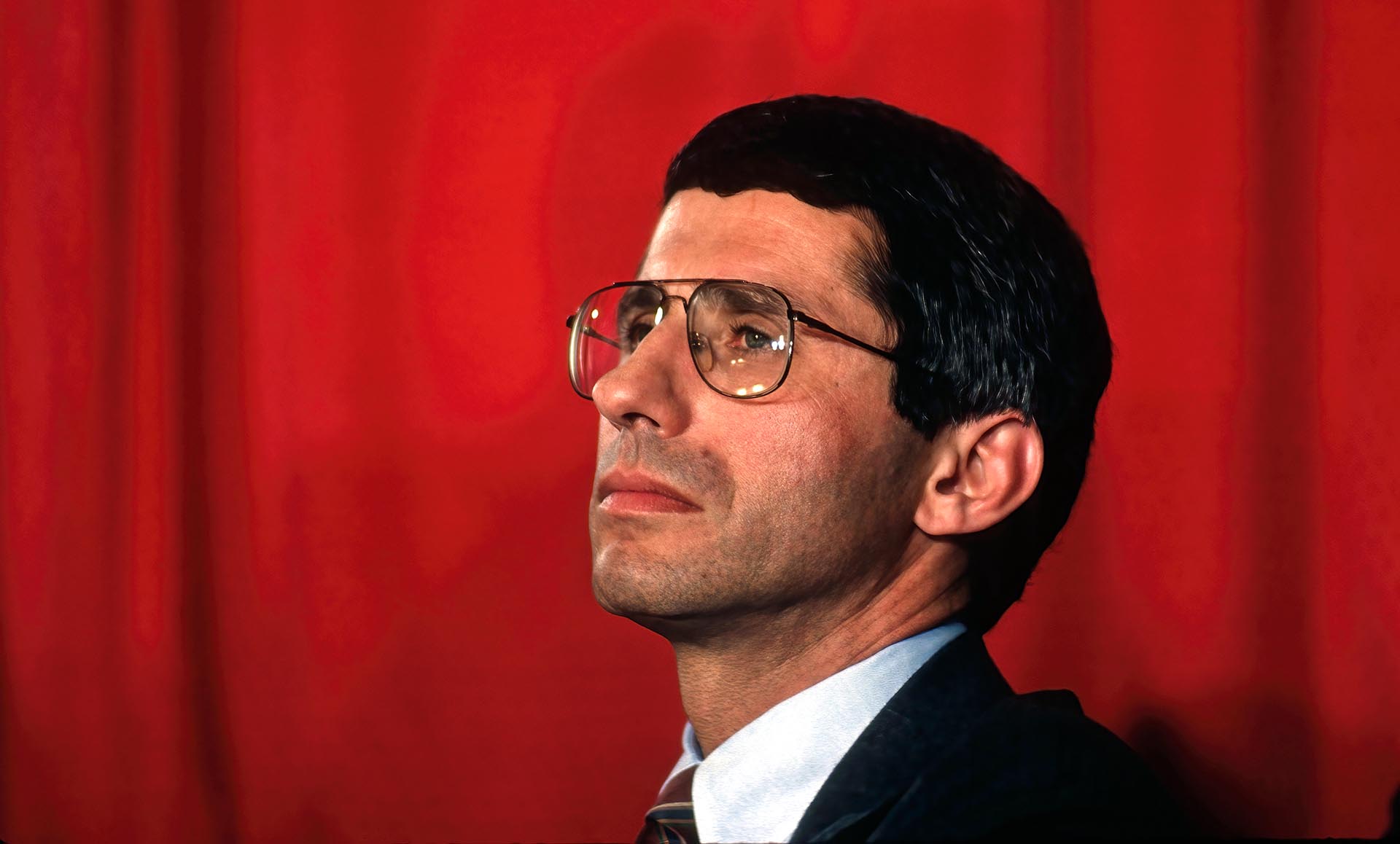 Bio Defence is secret. Fauci can’t tell you what he knows

Leading scientists and leading science related government officials such as Anthony Fauci have been speaking about the pandemic without touching the highly classified areas of bio defence.

No matter how much Senator Rand Paul is grilling Fauci over allegations of a lack of transparency regarding gain of function virus research in China and limiting the public discussions of the panemic origins, Fauci does not have all the answers and he can’t tell you classified information he has a security clearance for. If you want answers, you have to go much higher up the food chain. I’m not sure if Rand Paul is willing to do that, or if he rather prefers to have political theater to please his constituency.

It’s noteworthy that Fauci does not plainly states that he can’t answer certain questions because the answers are classified. To the casual observer it appears he is simply protecting his reputation, or the NIH funding or his colleagues. Senator Paul says on FOX news:

They diligently worked with Peter Daszak, the president of EcoHealth Alliance – which was a recipient of NIH funds to study bat coronaviruses and the potential risks to humans at a lab located in China – to discredit those who deign to question their conclusions. This triumvirate of gain-of-function research cheerleaders worked with their allies to, in the words of Collins, “take down” scientists from Harvard, Oxford, and Stanford for simply considering the merits of a lab leak theory.Why such aggressive behavior toward their scientific colleagues? One reason is that their gain-of-function research, funded by your tax dollars, was at stake.

The most convincing reason for the aggressive behavior is: Not having gain of function research would be the most dangerous option of all. Transparency is extremely dangerous for the US and China because that would give away bio defence capabilities and tip off potential bad actors who would adapt their attack strategies accordingly.

Fauci and the NIH or Peter Daszak certainly needed high level approval before they would get involved in any gain of function research in China. Once the COVID pandemic began, China and the US certainly had high level confidential talks on how this may have happened and what level of public transparency to allow. The superpowers would make the decision to limit the public debate. Not Fauci. The decision would be handed down to people such as Fauci who have to enforce it. Rand Paul says on FOX:

The agency Dr. Fauci heads, the National Institute of Allergy and Infectious Diseases (NIAID), awarded a grant (Project Number 1R01AI110964-01) with a subcontract to the Wuhan Lab of Virology, where researchers combined a gene from one SARS-related coronavirus with the genetic information of another SARS-related coronavirus and constructed new coronaviruses that infected human cells.

NIAID is officially tasked with Biodefense: “The goals of this mission area are to better understand how these deliberately emerging (i.e., intentionally caused) and naturally emerging infectious agents cause disease and how the immune system responds to them.”

Gee, what a non-surpsise. There is a lot of overlap between NIAID and the Military. And gain of function research unfortunately is an indispensible tool for bio defense. Go read the report “Biodefense Research Supporting the DoD: A New Strategic Vision” from the US Army War College.

“The general public often assumes that medical products will be available to members of the U.S. armed forces in harm’s way. Availability of safe and effective drugs and vaccines, however, is never an accident; such products are the fruition of focused and methodical research, testing and evaluation over many years. Medical research is inherently a high risk endeavor, and even the most efficient programs can span almost 15 years and cost over $1 billion from product discovery to Food and Drug Administration licensure.”

That’s why Gain of function research is needed so badly. If you just react to a new pathogen, it’s too late.

“all aspects of the DoD biodefense program should be consolidated with all other federal biodefense resources, including those within the National Institutes of Health, to create a single, focused, and productive program.”

Even using best business practices, however, the average timeline from discovery to FDA licensure currently is 14 years and requires an investment between $800 million (M) and $1.6 billion (B) per product. One of the most significant total- cost drivers for development is the high number of candidate failures for each successfully developed and marketed product, reflecting the technical risk inherent in pharmaceutical product research.

The idea was that China creates new viruses with new feature, shares the info with the US so that both parties can start developing countermeasures against such viruses. China faces the same basic problem as the US: There are too many pathogens that may appear in the future and simply reacting to them, especially with old school vaccine technology, is way too slow.

You ave to ask yourself wheter or not the military has had secret mRNA vaccine technology for a number of years before the COVID pandemic. mRNA is faster and can be adapted to different variations of the pathogens. It would be obvious to keep that capability secret for as long as possible because admitting the extrent of your bio defence capabilities would tip off bad actors and make them change their attack strategies.

During the old gulf war the anthrax vaccine was a bit of a fiasco and the decision was made to threaten Saddam with the use of nucelar weapons should he decide to attack with Anthrax. The army war college report says:

Before 2001, there was not a large federal investment in biological defense research and development and the funds that were devoted to that mission primarily resided within the DoD. This reflected the Cold War-era perception that the only significant risk of biological attack was to deployed warfighters and not to the U.S. civilian population. The DoD was the lead agency in biological defense, and the U.S. Army Medical Research Institute of Infectious Diseases was its primary executing laboratory.

That’s interesting to say the least. After the September 11th attacks and the anthrax letters, new money was to be spent. The report says

Those within the DoD’s biological defense research and development circle predicted that the Army would be designated as recipient and manager of these funds. Shockwaves echoed through the DoD’s biodefense community when it found instead that the National Institutes of Health (NIH) under the Department of Health and Human Services (DHHS) would be the recipient of the majority of this budget increase and assume the role as the lead federal agency for developing biodefense countermeasures.

Aha. So Fauci must know quite a bit about bio defence but he’s not allowed to tell you. And he only knows what he needs to know.

The NIH responded to its new mission quickly, producing the NIAID Strategic Plan for Biodefense Research in February 2002. In the pre-9/11 era, the DoD had a corner on this market, but since 2002 the NIH has been able to stimulate tremendous national interest in biodefense research both within academia, through competitive grant awards for basic (early) research, and also in industry, through contract awards, generally for advanced research on more mature candidate products. Yet another new funding mechanism, Project Bioshield (with an available $5.6B over 10 years for procurement of biodefense countermeasures for the national stockpile41), has drawn limited interest of some additional pharmaceutical industry players.

There is also an interesting report from the Lancet, a highly respected scientific publication from 2002. It was the Lancet by the way who, early during the pandemic, published a letter signed by hig ranking scientists, that spoke aggressively against the possibility of  a laboratory origin of the pandemic.

In his budget request for 2003, President George W Bush has asked Congress for an increase in spending of nearly US$6 billion for programmes to defend the USA from biological attacks. The biggest single increase will go to the National Institute for Allergy and Infectious Disease (NIAID)

These programmes are being implemented at the “speed of light” says NIAID Director Anthony Fauci. “All of this would normally have taken years to do”, Fauci said. “We did it in months.” just 2 years ago NIAID researchers led by Gary Nabel had shown that a DNA vaccine against Ebola could protect monkeys from lethal doses of the virus. (Nature 2000; 408: 608–09). The NIAID team now intends to begin safety trials of the vaccine in human beings within a few months. “Can you imagine how long that would have taken in the regular business-as-usual environment?” comments Fauci. “But we are at war now and this is not business-as-usual, we have to do things at a speed that has never been done before.”

SARS-2, which causes COVID, would be classified by the NIAID as a category c pathogen.

Needless to say, you don’t get detailed informations from the NIAID website, how exactly they work to protect from new viruses. America and China collaborated with gain of function research because it was deemed a super high priority.

Is it possible that the labs in China messed up, and the virus got out? Sure. But there are also many other possibilitises. A malicious actor could have had aquired the same virus the Chinese had, through espionage, or an earlier version of the virus, and that malicious actor could have deployed that virus in Wuhan and other places to make the US and China look bad, to force them to reveal some of their biodefence capabilities. To slow them down in general. There are groups and countries out there who fear that the superpowers have become too powerful, and that they might even form a secret cartel.

Soviet defectors such as Ken Alibek or Wladimir Pasetschnik explained how the KGB stole virus samples from all over the world and transported them back home, but not in airplanes because a crash would have risked a pandemic.

The managed conflict between woke and anti-woke

The Wikileaks curse will eventually hit everybody

Alex Jones got HIMSELF banned and is NO revolutionary

The scam that is politicized social media