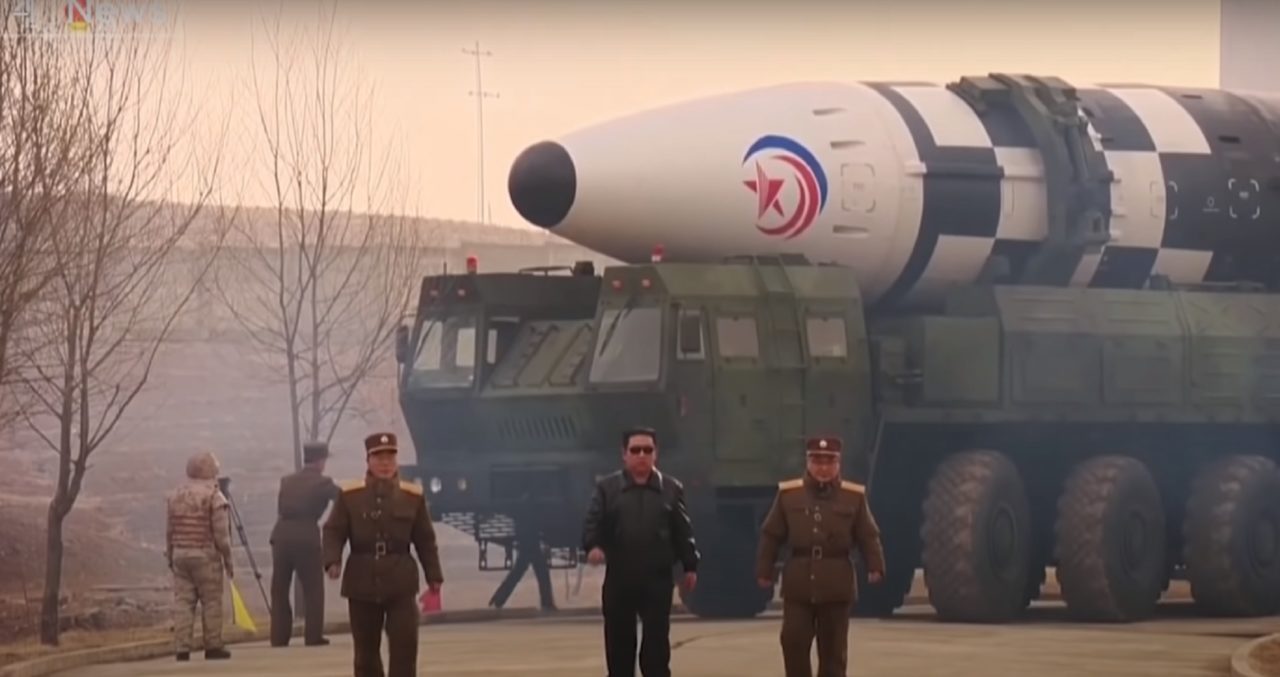 According to a South Korean media report, North Korea is preparing to conduct another nuclear weapons test, roughly four years after the last one. The development comes days after North Korea broke a UN ban and launched an intercontinental ballistic missile. The missile, named Hwasong-17, was the largest liquid-fueled missile ever launched from a road-mobile launcher, according to analysts.

The Arms Control Association estimates that North Korea currently has about 40 to 50 serviceable nuclear warheads. Kim plans to place multiple warheads on a single ICBM. This capability, which requires a so-called multiple independent reentry vehicle, would likely bypass US missile defenses and improve North Korea’s ability to hit the US mainland with nuclear missiles.

Kim Jong-Un, the regime’s crooked dictator, comes from a family line of alleged singular rulers that goes back to his grandfather Kim Il-Sung, who was recruited by the Soviet military during the Stalin era. It is highly unlikely that Soviet Russia ever lost or relinquished control of North Korea. If Moscow pulls the strings today, the current missile test would be a clever way to herald a second theater of war that could draw American attention and ease the situation in Ukraine for Russia.

Imperial Japan, something of a nemesis to Russia, had occupied Korea in the early 20th century and was attempting to wipe out the country’s culture. Kim Il-Sung was associated with the Chinese Communist Party, which at the time was a rebel group controlled by Soviet Russia. His mentor Wei Zhengmin reported directly to the notorious intelligence officer Kang Sheng, who headed the Chinese intelligence service for decades, particularly after the Chinese communist revolution. To the smarter observers at the time, it seemed like a Soviet Russian revolution in China. The key Chinese officials had been educated at Russian institutions, and their loyalty to Moscow was constantly scrutinized.

Considered a talent among guerrilla leaders, Kim Il-Sung was pursued by Japanese troops and escaped across the Amur River to the Soviet Union with what was left of his army.

Kim was sent to a camp in Vyatskoye, near Khabarovsk, where the Soviets continued to train Korean communist guerrillas. In August 1942, Kim and his army were assigned to a special unit known as the 88th Separate Rifle Brigade, affiliated with the Soviet Red Army. Kim rose to the rank of major in the Soviet Red Army and served there until the end of World War II in 1945.

The notorious Lavrentiy Beria recommended Kim Il-Sung to Stalin, with the caveat that Kim spoke Korean very poorly and badly needed training to even be able to give a public speech. Japan was defeated in World War II and Stalin’s Soviet Union occupied part of Korea. Stalin equipped the Korean communist forces with modern Soviet-built tanks, trucks, artillery, and small arms. Kim also created an air force, initially armed with Soviet prop fighters and attack aircraft. The initiative for attacking the south ultimately came from Stalin.

Russians true chain of command and war reasons are SECRET

Aristocratic intelligence formed the world we live in today

Marxist Mountbatten and the Russians