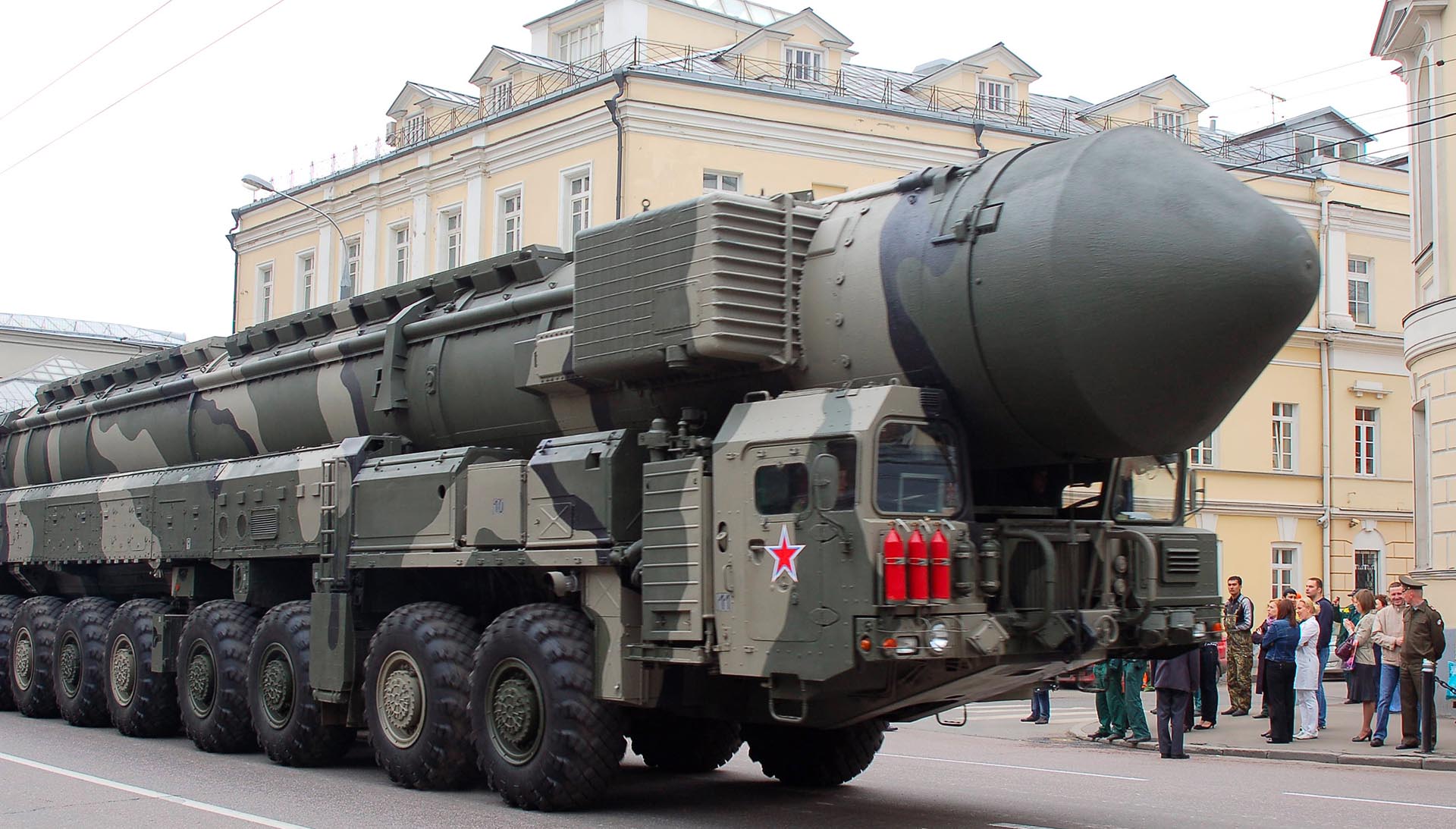 Russians true chain of command and war reasons are SECRET

It is quite unprofessional to take Russian command structures at face value when they had been built by the KGB.

For most people internationally, Wladimir Putin is the only Russian leading figure they can recognize by name and by his face. Some people may even recognize the foreign minister Lavrov at this point, but that is usually it. For many different reasons we get the appearance of a Stalin-esque singular ruler, who may or may not be deposed by others around him or just dies unexpectedly. Yet he may be a simple asset used by far more experienced KGB personnel who can strategically ditch him when it suits them to pretend a reset in leadership and to resume normal international diplomacy and trade relations. The first natural impulse for the KGB after 1991 would have been to obfuscate the actual true chain of command, create a variety of fake oligarchs and front companies and let the world play the guessing game.

A war of the magnitude currently at play is always a careful imperial calculation: Where do we stand right now? What are we lacking? How do we get what we need? Where will we be 10 years from now? Is war more lucrative then peace? Can we afford peace at all? Even 2000 years ago Roman emperor Cesar carefully planned an invasion into Gallic territory, created a pretext, planned to kill a sizeable portion of Gallic men, planned to take the rest of those people as loot and to force Roman culture on to the Gallic territories. In the same way the Russian leadership prepared the Ukraine invasion for years and executed the plan to kill men, steal the rest of the people plus the territory plus the valuable industry that is essential to the Russian military industral complex and to force Russian culture and the language on to Ukrainians.

In public Russia has been spreading false narratives for why this invasion happened and even Western powers refuse to present a clear picture of the Russian imperial calculation, because that would create public pressure to understand since when Western powers had to be nearly certain or dead certain that this war would happen. It’s easier for Western politicians and media to focus on Putin’s personality, his personal grieveances and ambitions.

Not only do we have to approximate the true Russian chain of command and imperial war calculation; we also have to take into account the balance of the three superpowers and their incentive to coordinate with each other to maintain their status. As much as the US and Russia trash talk each other, it’s always easier to settle than to battle it out indefinitely. We may even be looking at a cartel of the superpowers.

As early as the 1970s the Soviet rulers knew that socialism would never keep up, never surpass capitalism and wouldn’t even be enough to maintain a sizeable slavic Russian population. The demographics were as bad as the economics and the percentage of (Russian) slavs within the Soviet Union was shrinking. The natural population of Russia decreased by an additional 12 million between 1992 and 2010. Ukraine’s independence meant the loss of tens of millions os slavic citizens. Soviet leaders had invested greatly in Ukraine and turned a farmer’s nation into an industrial powerhouse where a third of war related production took place. Even up to 2014 Ukrainian industry built guidance systems for Russian missiles, war ships, helicopter engines and countless other parts. Even nuclear missiles were supposed to be serviced by Ukrainians. When exports ground to a halt in 2015 Russia was not able to replace all those industrial centes and the hundreds of thousands of experts and skilled workers. The option of not fully invading Ukraine was probably the worst and most costly option for Russia and the one option that theratened it’s superpower status. What is the use of nuclear warheads if your rockets don’t fly and your other carrier systems are not operational? One Ukrainian industry complex even announed they would give nuclear rocket secrets to NATO.

Not a television war

Many Western Europeans and Americans hope this conflict will remain a television and internet war for them that they can turn off whenever they want. Once the Ukraine war escalates into a larger, multi-scene conflict, and once there is new conscription in the US, it will be real for ordinary. When 20-year-old Americans are shipped to Asia for a proxy war against North Korea.

The Ukraine war may take years. It could be ended by Russia with 3 small nuclear warheads. China has it’s belt road initiative which is a military grade network that stretches all the way to Europe, so we can’t rule out the possibility that 250.000 Chinese troops will enter the conflict in Ukraine.

China’s Belt and Road Initiative (BRI), launched by President Xi Jinping in 2013, is a massive international infrastructure program involving nearly 140 countries with over an estimated $1 trillion in projects related to energy, transportation, digital networks, and trade. Beijing has gone to great lengths to minimize BRI’s links to the People’s Liberation Army and to downplay the initiative’s geostrategic overtones.

Russia was acting really low key from 1991 to 2008 and people all over the world lost interest. Scientific authors and even traditional conspiracy authors lost interest. Many older people now, who cared about world affairs during the cold war, neglected Russia from 1991 up to 2008 or even 2014. Younger people today were not around during the cold war or still children. Once those younger people became interested in world affairs, Russia seemed uninteresting. Instead, America’s got all the negative attention with 9/11, two wars, the Patriot Act, and torture camps. Many people simply know more about the US than about Russia. Or let’s say: They pretty much don’t know anything about Russia, consider Putin as some sort of tsar and maybe know foreign minister Lavrov but that is about it.

Even before Putin officially described his Ukraine war as a “denazification” effort, countless propaganda channels had reported that there is a huge neonazi conspiracy in Ukraine that wants to carry out genocide against the Slavic citizens. Put simply, Putin’s secret service just crafted a narrative intended to remind Ukrainians of the German occupation under Erich Koch, during which around a quarter of the population was scheduled for annihilation. At the same time, the Russian population was be reminded of the Wehrmacht’s eastern campaign and sieges such as that against Leningrad, Putin’s hometown.

The main enemy for the Russians are always white, non-slavic people of Central and Northern European descent, regardless of whether they were the Teutonic Knights at the time of Alexander Nevsky, the National Socialists in the Second World War or today the Anglo-American elites.

Some online influencers immediately tried to assure their followers that Putin did not really mean Nazis in Ukraine, but the Elders of Zion. He supposedly wants to liberate Ukraine from the Jewish world conspiracy. But no. He wants to push Anglo-Saxons out of Slavic territory and then russify everything.

Given Stalin’s Holodomor and decades of Soviet occupation, it’s not surprising that a few people in Ukraine today are neonazis and believe the fairy tales that the Elders of Zion effortlessly took over the British Empire and the US.

The often named “Azov Battalion” formed as a militia organization 2014 and fought against the pro-Russian forces. It is estimated that there are 2,500 members and only part of them belong to the radical core. Is Putin really afraid of a few neo-Nazis? Hardly likely.

The Azov party, in a coalition with other far-right parties, won nearly 2% of the vote in the 2019 general election. According to estimates, the number of members is around 10,000.

From the Russian point of view, there is a quick, cheap and easy way to force Ukraine’s surrender: The use of a few, small nuclear weapons. But you need an excuse for that. Russian propaganda has clearly prepared for this option.
Russian media quoted an unnamed source as saying Ukraine is on the verge of building a plutonium-based “dirty bomb,” although the source gave no evidence. The TASS, RIA and Interfax news agencies quoted “a representative of a competent body” in Russia as saying that Ukraine was developing nuclear weapons at the destroyed Chernobyl nuclear power plant, which was shut down in 2000.

Then Russia’s Foreign Ministry accused Ukraine of attempting to create nuclear weapons. Shortly before the invasion, Russian President Vladimir Putin said in a pathetic speech that Ukraine was using Soviet know-how to create its own nuclear weapons and that this was tantamount to preparing an attack on Russia.
A nuclear exchange with the Russians makes no sense for Ukraine, especially not with very limited capacities on the part of Kiev and large quantities of warheads cannot be easily built unnoticed.

Give me the loot

The study “Russia’s war with Ukraine is to acquire military industrial capability and human resources” by Jokull Johannesson (School of Business and Law, University of Agdar, Norway) from 2017 put forward the important thesis: Russia seriously needs to steal 30 to 40 million people and the war related industry.

It became obvious as early as the 1990s that the KGB didn’t trust it’s own population. That is why a special team of second and third tier KGB agents such as Putin was assembled to move money out of the country to keep it from falling into the hands of the Russian citizens. Actually investing in the population was deemed to dangerous which halted population growth and killed any and very spark and innovation in the industry. That is why Russian companys could not for the life of them make up for the loss of production and servicing in Ukraine.

Putin may pretend to be a dictator, but when he gives an order maybe 20% of it can be implemented and not even in a timely manner. The laws of physics apply. Hence the invasion.

Martial law: Not a bug but a feature

The declaration of martial law in Russia may have been pre-planned, especially because the sanctions would tank the economy. Food stamps and forced labor does not sound enticing but with the appropriate packaging, it could be marketed as a sign of strength rather than an admission of economic weakness, a lack of popular political support for the Putin regime and a faltering military campaign in Ukraine. Socialist fanfare is not an option because younger people hadn’t been around duing the old days or don’t remember it. But instead the government could proclaim a constitutional monarchy with Putin as the tsar, sanctioned by neo-Roman, Christian-Orthodox claptrap. This would correspond with the tradition of the Russian Empire, which is more than a thousand years old, as well as the tradition of Ancient Rome, which also influenced Europe in the Middle Ages.

Martial law has never been introduced in modern Russia. Martial law would be instituted by presidential decree to be promulgated forthwith through radio and television. No precise limits of powers are defined. The details include:

The KGB can ditch Putin and dump everything on him

The actual KGB leadership probably built the Putin personality cult not only to obfuscate things domestically and to pretend leadership structures are as simple as one man barking orders, but to obfuscate internationally and to have the option to ditch Putin at a strategically opportune moment. The Ukraine war can be fought to the bitter end, the KGB poisons Putin into a heart attack or end stage cancer, he disappears and the KGB then presents new puppets to feign a reset, a chance. it was all Putins idea, they will claim, then male some concessions and resume trade internationally.

The two simplistic and naive narratives about the Ukraine conflict

Trap! Marine Corps will not save Trump or his supporters