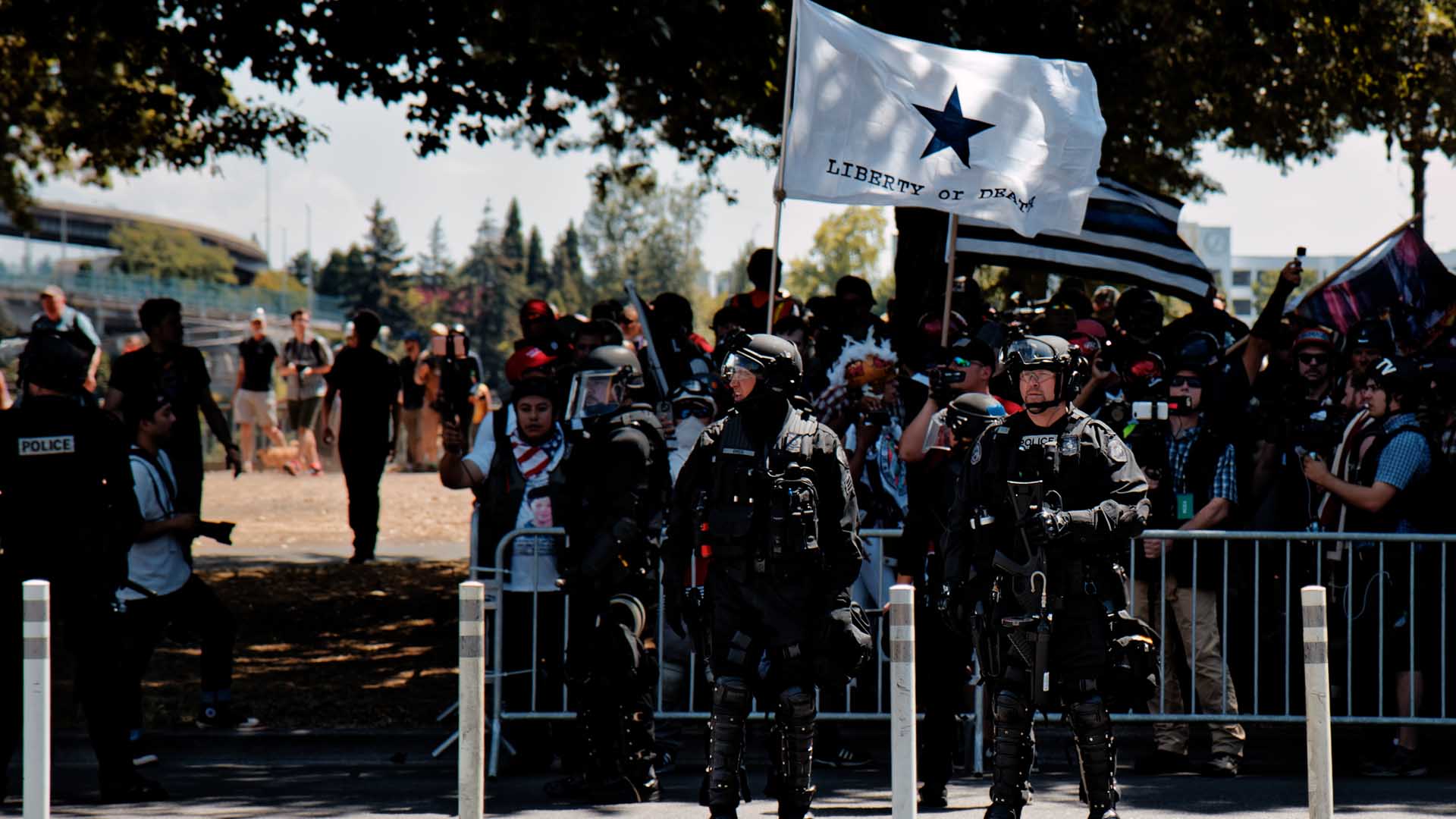 Why classic ideologies always fail us and create horrible systems

No matter what ideology you pick and do activism for, in the real world it always ends up in some sort of society that is awfully close to the ancient Roman empire.

Roughly speaking, there are 8 main ideologies:

You can pick one of those ideologies and adopt their particular brand of activism. You can become part of that ideological community and you can disengage from people who are not members of the community. All ideologies are constructed in such a way that they have interesting aspects but also a lot of baloney in them. They are packages of ideas. Package deals. You’re not supposed to pick and chose ideas, you are supposed to buy the whole package.

These ideologies are generally hostile towards each other. It’s a permanent conflict. Technocracy was an idea floating around when modern science was just beginning. The very powerful “Royal Society” organization which dominates science, began with quite a lot of Rosicrucian mumbo jumbo. They wanted to create a new Atlantis society. Nothing really works without science, but simply transferring power to scientists today would be devastating. The best scientists work for the superpowers anyway. Technological advancement enables dictatorships.

The eco-ideology is related to socialism but focuses on climate research which is really dominated by the anglo-emipire and its military. Which most people are unaware of. Even industry funded rightwingers don’t know or don’t ask about that.

The Eco ideology doesn’t really provide a blueprint for a functioning society, but instead is marketed primarily as a defense against climate catastrophe.

The followers of the different ideologies were firmly convinced they could build a much better or even the best possible society. The historical record though is devastating. The main reasons were significant design flaws, psychopathic personality disorder, narcissistic personality disorder and secret intelligence operations. Often times ideological cult members don’t even show us who they really are. Nazis pose as conservatives. Communists pose as social democrats. Some extreme conservatives even pose as market libertarians.

Ideologies used cult techniques. The cult member don’t want to hear how mich they failed at actually building a better society. People don’t want to hear that they are stuck in a dead end, that their ideas are immature and their structures are run by psychopaths, narcissists and intelligence agencies. Ideologies interpret the world and its history through certain conflicts

But can you really explain the world and its history with one of these conflict models? Empires were all psychopathic and fought each other and fought against their internal opposition. Conflict was defined by

There are roughly three ways to impose your will upon others:

Some technocrats have suggested testing people for psychopathology. Adrian Rayne has put out an interesting book which even includes an imagined society. But they view it as a top-down program. They don’t really convincingly state how we can reliably test existing power structures an the secret structures.

The Russian radical philosopher Alexander Dugin claimed to have assembled a new, “fourth” political theory. But you only get old rehashed ideas. He wants to return to traditional countries. More traditions. No more US supremacy. Eurasia. He doesn’t deliver a focus on psychopathic structures and intelligence. He has ben linked to Russian military intelligence, the GRU, and he seems to be privileged within the Russian regime which markets itself as conservative now but is really just a standard dictatorship. Dugin borrowed virtually all of his ideas from older philosophers such as Julius Evola. Many people in rightwing circles borrow from Evola, and Evola never offered any new ideas.

In 1928 Evola wrote an attack on Christianity titled Pagan Imperialism, which proposed transforming fascism into a system consistent with ancient Roman values​. Evola proposed that fascism should be a vehicle for reinstating the Roman system and aristocracy of antiquity. In the epilogue to this book, Evola praised the fake Protocols of Zion. His followers today imagine a harmonic society. They should try living like an ancient Roman serf on the fields for one year.

Evola’s “Revolt Against the Modern World” (1934) promotes the mythology of an ancient Golden Age which gradually declined into modern decadence. He wants warriors expressing spiritual power. Well, thats is roughly what Islam is still trying to do. The Islamic model is not a winning strategy. Western societies became way more powerful.

If you become an alt.right acticist you are wasting your time. It’s a losing strategy to alientate women and so many more people.

The US, along with Britain and the Colonies, are the continuation of the Roman Empire, but they are avoiding the mistakes of the old Roman Empire. As long as you pay your taxes and don’t really change the true power structures you are not harmed directly by the governement. Even Russia by the way considers itself to be the legitimate successor of ancient Rome.

Evola’s interests led him into spiritual, transcendental, and “supra-rational” studies. He began reading various esoteric texts and gradually delved deeper into the occult, alchemy, magic, and Oriental studies, particularly Tibetan Tantric yoga. All of that stuff had been done to death. Even Alexander Dugin has been there done that.

It’s interesting to note that socialism in the Soviet Union and China moved society back to medieval style serfdom. Before socialism in Russia most citizens were farming serfs, just like in ancient Rome. A serf is not fully a slave but pretty close. They had to work the fields and pay taxes in form of grain mostly. The fields were considered the private property of the aristocrats. In socialism the serfs remained serfs. The owner of the fields, at least on paper, was now the whole population. The communist party had the control. Chinese society before socialism was not as medieval as Russia, but the Chinese communists copied the Russian model under Stalin exactly and turned the country back to medieval style serfdom. Just like in ancient Rome the serfs had to provide the grain for the government to pay for its troops.

Lets imagine a functioning society. Just as a rough reference. That doesn’t mean that this fantasy model can be considered ideal and functional just like that. There may be grave errors in there and oversights and oversimplifications that you have to eliminate step by step. Then we have to be able to show a realistic way to get there. Followers of traditional ideologies often times swicth back and forth in an argument between the actual world and their idealized fantasy society.

In a functioning society the old power cartels have been uncovered and dissolved and subjected to exorbitant fines based on the rule of law. Various class action lawsuits have bankrupted the old cartels. Offshore wealth has been revealed. Illegal cash flows no longer work. Not a communist redistribution, but applied law.

There is serious public education about espionage. It’s becoming almost impossible to secretly recruit someone or handle someone over a long period of time. Transparency makes it almost impossible to pull off nasty secret operations and hide your assets. It became immensely difficult to make illegal profits and form cartels. It’s a process that keeps getting stronger. Nasty secret operations are getting harder and harder to pull off. To the point where it’s no longer worth trying. Implementing this is doable. Getting there is complex and dangerous, of course.

In our imagined society, psychopaths and people with narcissistic disorders are barred from public office. In business and in the private sphere, people can always get certifications that they are not psychopathic or have narcissistic personality disorder. People also have general screening skills. This process intensifies. Psychos are becoming more and more isolated, to the point of marginalization. There is less and less rubbing off on normal people.

Sounds nice. But diagnostics must become more sophisticated to limit cheating. Getting there step by step is difficult, above all because power structures are completely psychopathically and narcissistically controlled. Ordinary society is contaminated.

In our imagined society, the right people are used in the right place at the right time. People feel comfortable in their position, they don’t feel underchallenged or overwhelmed.

The more free time and money people have on average, the less incentive there is to cheat your way up the ladder with crooked means.

Creating healthy hierarchies is a mammoth collective task. But anyone can start right now. Just turn off ideological crap on the net or TV. Don’t accept crazies and phonies as authority figures.

In our imagined society, 20 hours a week, even with a simple job, is enough to live comfortably and peacefully. You work without hating it. You enjoy your free time. One has opportunities to advance and to fulfill greater desires. This isn’t rocket science. There is no longer a desire in people to radically change everything.

In our imagined society, power limitation goes hand in hand with laws that are very clear. Tax rate caps. Upper limits on what politics and administration are allowed to do. Market share caps. No slave production abroad. No offshore.

No more permanent conflict in society based on ideology.

Our imagined construct is completely compatible with most people. Leftists would be happy, conservatives, etc. People with different personality structures are happy.

That can very well work. This isn’t rocket science. But we live in the now. And that makes it difficult to establish a more reasonable order. Everything is narcissistically and psychopathically contaminated. Secret intelligence contaminated.

The focus must be on Intelligence and a sciencentific understanding of evil. If you learn these two things, you can solve all the other questions rationally and civilly.

The silly lie of Trump saving America refuses to die