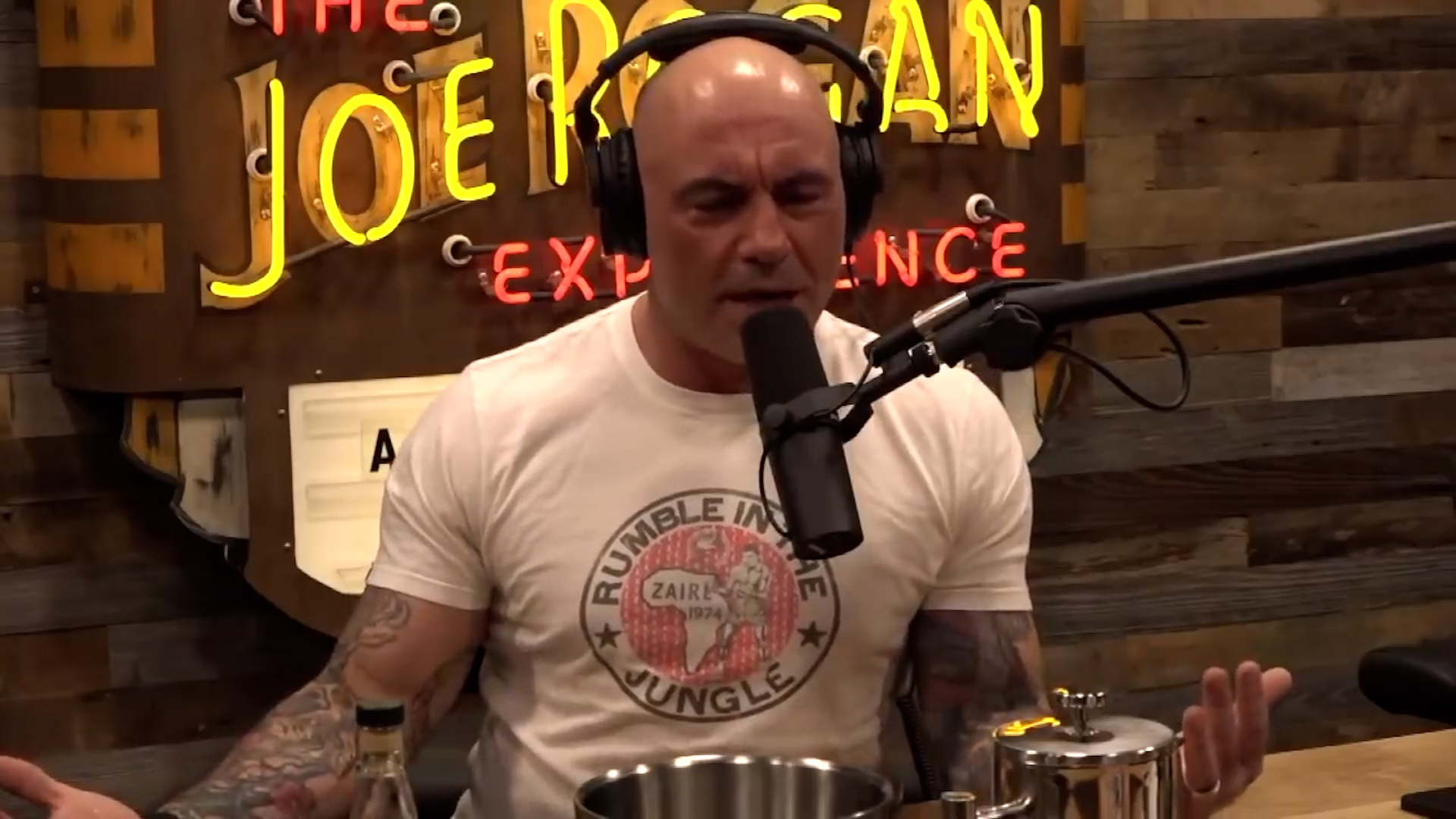 You know what is much more edgy than Joe Rogans Show and other shows and their controversies? Reading books. If we all read books on a regular basis we would be much better off. If you don’t own at least 200 non-fiction books, turn off the internet right now. Turn off all the entertainment, and all of the political entertainment.

The latest Joe Rogan controversy, after his covid infection and his treatment, is about the guests he had on about the pandemic and now a whole host of doctors are putting pressure on spotify to cancel him or at least influence him. I’m not getting into the details because it’s pointless. The joe Rogan experience is an entertainment show.

As long as the Joe Rogan Experience does not encourage an abandonment of the old two-party-system, count me as disappointed. The GOP will benefit from JRE somewhat. Then some new Jon Stewarts on roids will emerge on the left and counterbalance that. Still a deadlock.

All of this watch time is really a problem. Remember when the Youtube algorith was geared toards more viewing hours? Before the strict rules about content? The algorith sucked you in and sugested more and more radical stuff to you? Do you know somebody who ended up in some online cult because of youtube videos?

Here is the dirty secet: You can’t win through youtube videos or any regular activism. It doesn’t matter how many hours you are vieweing videos or how many hours your videos are being watched by others. It does not make a difference to the political system. The same old partys rule in an equilibrium. The governement ist handling the pandemic regardless of all the noise on the internet.

Internet activism has become like world of warcraft. People are in a metaverse fake environment, clicking their mouse and tapping their keyboard keys, gaining virtual fake rewards. Fighting fake battles.

Unless you are watching something something really high quality, you are wasting your time. Every hour you spend on online shows is an hour you cannot read a book. The more you watch, the more you lose. The true point of online entertainment and political etertainment is not even to make money or to change something significant in the political power structures.  The true point is to waste your time and create the illusion that you are part of something, that you have cool friends, that you have a mission. If you really want to be part of something, if you really want to have cool friends and take on a mission, find people who read decent books.

Imagine for a moment, non-fiction books would be illegal, or heavily censored or your consumption would be limited to 3 books a year and you could only read them in specially designated places. People would be screaming mad, they would disobey those rules so hard and would compulsively collect books.

Banning bookreading wouldn’t work. What works instead is offering all kinds of fictional and non-fiction entertainment. The includes political entertainment masquerading as activism.

Joe rogan is an expert for martial arts. His IQ is quite high but he didn’t spend 10 years or 15 or 20 years studying those fields that he wants to cover. The selection of his guests on controversial topics sometimes hits tha nail on its head. Sometimes it doesn’t . Often times his guests have books out. Go read them and also read something else about the same topic. There once was a man called John J. Mccloy, most have forgotten about him. He was a high level highly successful geopolitical fixer and he always wanted to read at least 5 different books with different standpoints about a single subject. Compare that to the online world where people simply believe whatever their political bubble tells them to believe or what makes them feel better.

Most activism, most political entertainment, is like alcohol. You come how from work, you feel terrible and powerless. You start to drink or smoke pot and you turn on your devices. Fiction movies  often times focus on a frustrated nobody protagonist who is sucked into a magical world and joins a rebellion and he rebels win. That makes us feel good. Same with political activist entertainment. It makes us feel good. And we come back for more. It#s like alcohol: It stimulates us, but also reduces our fear and makes us a bit euphoric. And just like with alcohol, we bcome addicted to political entertainment. We think that copying an opinion matters. And just like alcohol, it causes the problems we try to get rid off. Alcohol makes us dull and depressed and complacent. Political activist entertainment can isolate us, ruin our relationships, it can get us in trouble with the law.

If you like the Joe Rogan podcast for all the crazy funny, interesting stories that people tell there. Try some books by people who have experienced outragious things. Some entertainment is good. Even political entertainment. But don’t get sucked into en endless, engineered culture war where no average citizen can ever win. Value your time. Are you willing to spend half an hour or an hour on the latest controversial bit of triggering culture war?

If you don’t own 200 books right now, turn off the internet or just use it a bit longer to order more books.

Most severe charges against “Oath Keepers” due to revealing chat messages

Youtube was a mean psychometrics experiment and studied your mind