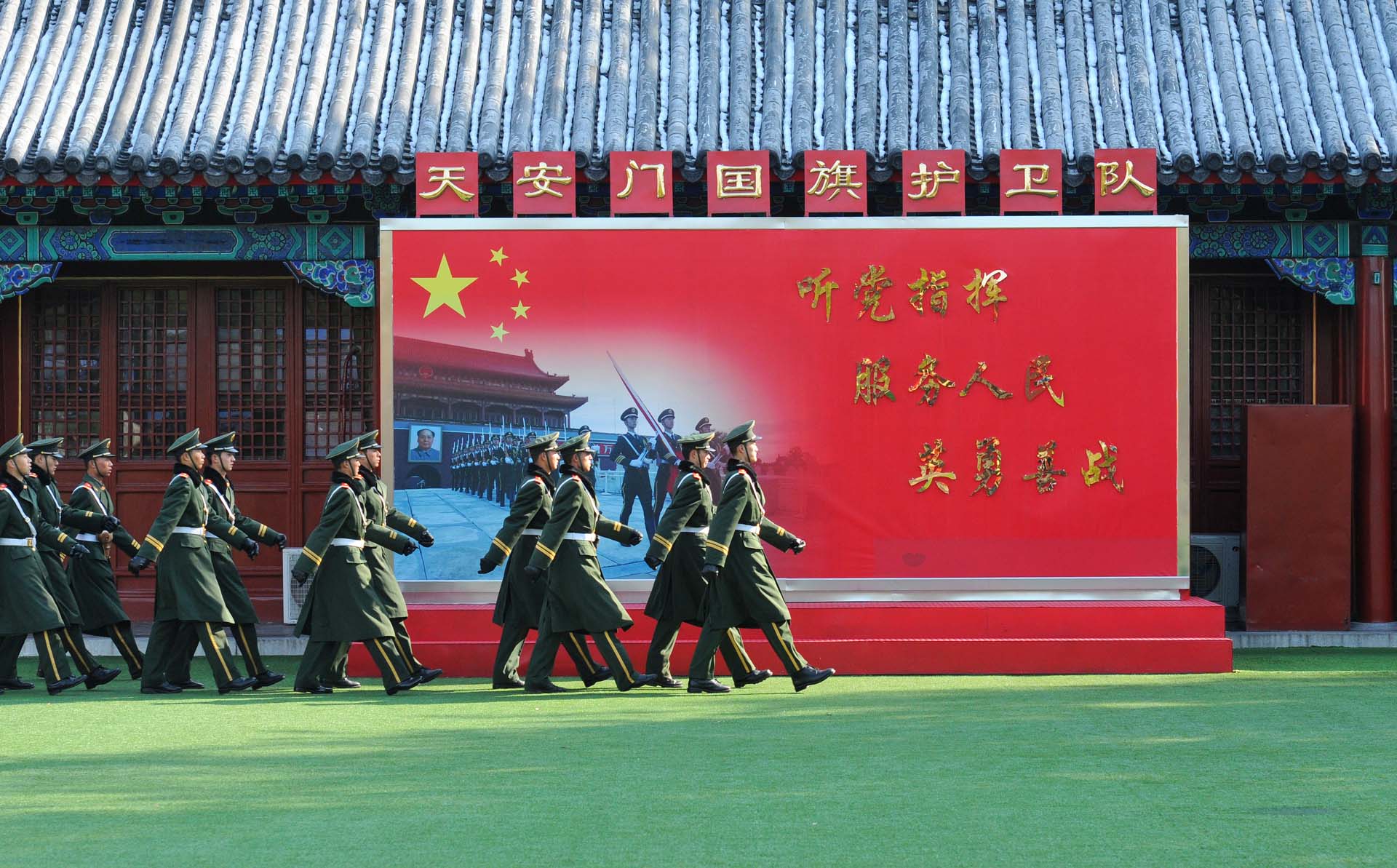 MAGA super-donors have bigger China business than the Bidens

One should avoid business with China and there should have been laws a long time ago barring US companies from activities in the communist dictatorship where slaves work in the factories. Period. Whether you’re a classic anticommunist or you consider yourself a leftie who likes happy workers.

After Joe Biden got sworn in as president and none of the MAGA predictions came true about mass arrests of “the deep state” or repeating the elections under military supervision, the MAGA media and individual influencers looked like buffoons. They had failed miserably to keep their audience informed about the reality. And these pathetic hacks now want to explain who Joe Biden is and what the strategy needs to be. Joe was a good looking underachiever who got recruited by the mighty, quasi-aristocratic DuPont clan whose founding member was really tight with Thomas Jefferson, the saint-like figure of the American rightwing. The DuPonts maximized their profits and minimized their risks while average citizens got poisoned in the factories or had to fight in wars with DuPont powder in their rifles.

The MAGA media does not give you the real deal: Biden is a fairly normal political puppet of the Angloamerican empire. The DuPont bought their way into both parties. Simply voting Republican is not going to make America great again. It’s not that easy.

But the MAGA media has an easy and misleading answer to a complex situation: Joe is supposedly a communist chinese spy or a member of an international socialist conspiracy. Proof? He praised China in the late 70s and his son Hunter tried to make money there. Not exactly a slam dunk. There were hordes of Republicans who encouraged and sought China business. You can bet that a lot of business activity in China was a cover for intelligence operations.

One email obtained by the Post, dated May 2017 and subsequently verified by one of its recipients, outlines a proposed deal with the now-bankrupt Chinese oil giant CEFC, in which Hunter Biden would be “Chair/Vice Chair depending on agreement with CEFC.” Equity in the new company would be distributed as “20” for “H” and “10 held by H for the big guy?”

Then there was a consulting firm called Seneca Global Advisors. One of Seneca’s clients was a Chicago-based company called GreatPoint Energy. It’s unclear if Hunter Biden was directly involved in securing this deal. There were some more investment shenanigans but nothing that would put Hunter on the radar as someone who was recruited by Chinese intelligence.

Sure it is disgusting and full of legal landmines if you seek deals in China while daddy is or was vice president of the USA. And maybe Hunter works part time for the CIA and all of this was legal under special protection for espionage ops. He may be a bit unstable with his drug use and womanizing but that makes the Chinese underestimate him. Maybe Hunter’s close associates are CIA and used him.

The casino kingpin Sheldon Adelson spent a lot of money on Trumps camapigns and some of his money came from gambling in Asia for which he needs good relationships with China.

Sheldon Adelson has a history of using his ties to U.S. politicians to shape U.S. foreign policy towards China to benefit his gambling empire. In 2001, Adelson reportedly curried favor with the Chinese leadership and helped secure his initial casino license in Macau by persuading  Rep. Tom Delay (R-TX), then the House majority whip, to halt a bipartisan resolution calling for the U.S. to oppose Beijing’s Olympics bid due to China’s problematic human rights record.

Stephen Schwarzman, the CEO of the Blackstone Group, a global private equity firm, is close to Trump. They call him the “China whisperer” and Blackstone gave a $312 million loan to Kushner Co.’s, a company owned by the family of Trump’s son-in-law, Jared Kushner.

In late March, Politico reported that Schwarzman was one of the key voices urging Trump to maintain a good relationship with China and to help preserve the two countries’ economic relationship. Blackstone and Schwarzman enjoy lucrative business ties to China’s political elite. In 2007, a Chinese government-controlled investment fund took a 9.9 percent stake in Blackstone for $3 billion. Schwarzman boasted to Bloomberg News that the deal was so large, he was told “[t]he premier himself must approve” it.

Even Koch Industries had a notable foray into China. In 2019, Invista sold its Apparels & Advanced Textiles business to Shandong Ruyi. The sale included brands Lycra, Coolmax, and Thermolite and was said to have costed more than $2 billion. Koch Industries still retains a minority stake in The Lycra Company.

The Facebook scandal revealed interesting China ties of the Mercer clan who financed the alt.right Trump fad. The Mercers had been involved in the psychometrics companies such as Emerdata. Another Emerdata director, Johnson Ko Chun Shun, is a Hong Kong financier and business partner of Erik Prince — the brother of the education secretary, Betsy DeVos, and founder of the private security firm formerly known as Blackwater. Mr. Ko, who declined to comment, is a substantial shareholder and deputy chairman in Mr. Prince’s Africa-focused logistics company, Frontier Services Group.

Mr. Ko and Mr. Prince have links to the Chinese government: Another major Frontier investor is Citic, a state-owned Chinese financial conglomerate that for decades has employed the sons and daughters of the Communist Party’s elite families.

Trump spent a decade unsuccessfully pursuing projects in China, operating an office there during his first run for president and forging a partnership with a major government-controlled company.

The Chinese account is controlled by Trump International Hotels Management L.L.C., which the tax records show paid $188,561 in taxes in China while pursuing licensing deals there from 2013 to 2015.

China’s biggest state-controlled bank rented three floors in Trump Tower, a lucrative lease that drew accusations of a conflict of interest for the president.

In 2008, Mr. Trump pursued an office tower project in Guangzhou that never got off the ground.

If the MAGA media were an intelligence agency it would be the worst in the world. Intelligence agencies don’t jump to conclusions based on insufficient evidence and they don’t limit themselves to the fewest possible scenarios to investigate.

Everybody is welcome to investigate the Bidens. That investigation might lead you to results you don’t like and don’t correspond with your ideological dogmas.

Trade war with China picking up speed, would even continue under Biden

No, Trump is not saving us from the central bank