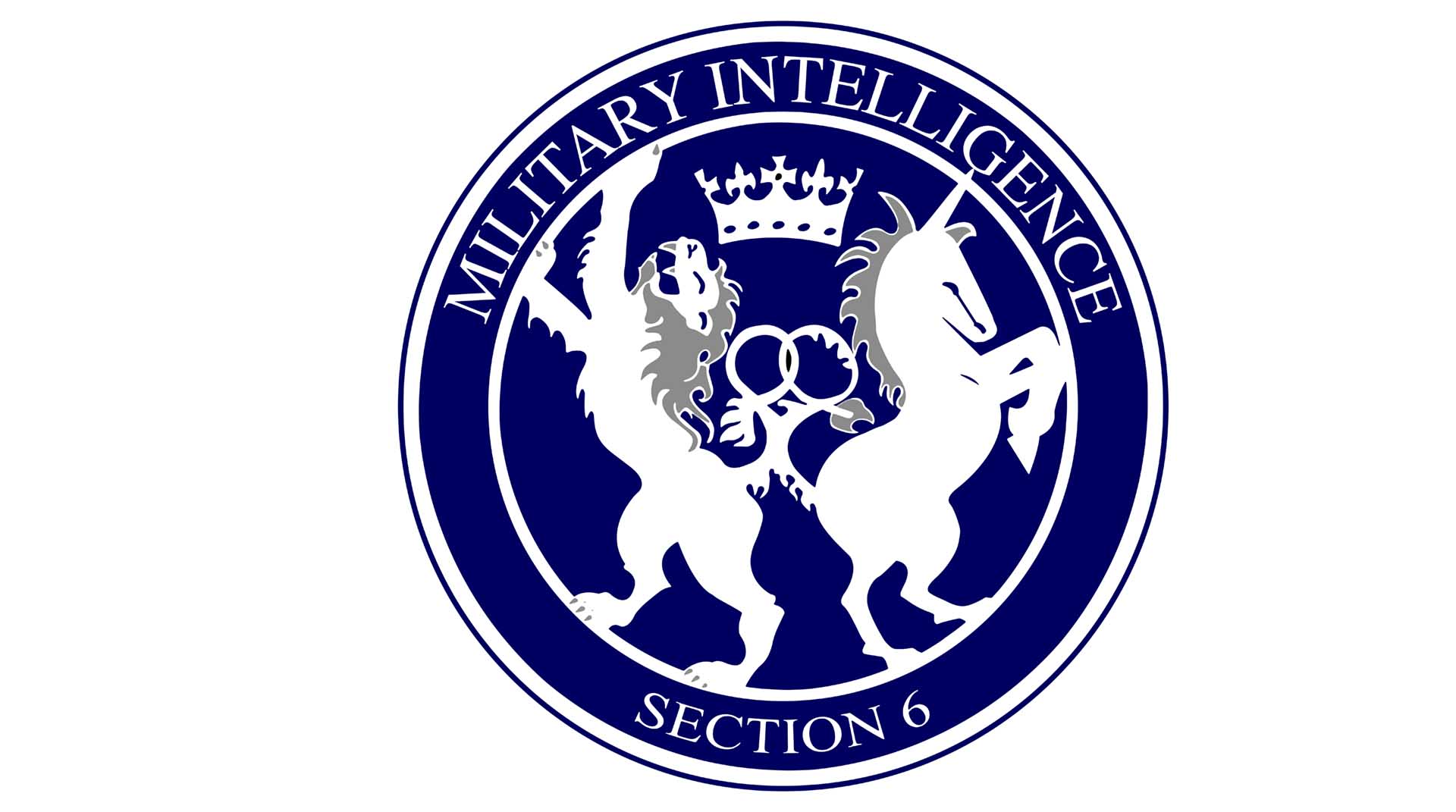 Intelligence agencies have been controlling conspiracy media for 200 years

It is easy to prove with ordinary history and psychology books that regimes have been psychopathic for thousands of years and that they sacrifice heaps of people for their own agenda. With specialized literature on the various secret services of the 20th century, it is possible to reconstruct how professional secret services existed in past centuries, without official names and visible headquarters.

You don’t need any literature from the classic conspiracy genre. Conspiracy media is often worse than useless.

Conspiracy media is either completely unscientific or only exists within narrow ideological frameworks. In essence, modern conspiracy media has been under the control of Anglo-American and Russian intelligence services for about 200 years, which shouldn’t come as a surprise. The average consumer of conspiracy media usually has little idea of the nature and history of the conspiracy media, but simply believes he is well informed.

The fake industry and its tricks of the trade

In the 1990s and before it was possible to write conspiracy bestsellers with plagiarized material without any special effort, whereas today the speed of the Internet demands almost daily sensations: Quickly assembled posts are spreading at breakneck speed through social networks and significant incidents are investigated amateurishly for a few days before the interest wanes and the next incident happens. These are the usual tricks of the trade:

The group narcissism among conspiracy buffs is sometimes so pronounced that you can call them the Truther Taliban. They claim to be all about free critical thinking, but if you reject any one of their pet dogmas, you are the enemy. They will throw a paranoid fit and consider you a CIA agent.

If you reject the fairy tale that a Jewish banker could rip off the financial markets with impunity after the Battle of Waterloo and then steal the entire British Empire without being stopped in any way, you will be considered a Jewish co-conspirator of the (fake) Wise Men of Zion. If you do not believe the bad source material about a Vatican-Jesuit world conspiracy, you are considered a Jesuit co-adjutor (meaning conspirator). If you do not believe in Sandy Hook’s crisis actors, you are a paid CIA shill. If you take the SARS-Cov-2 virus seriously (as the Russians do), you will be accused of being a spineless mainstream supporter or minion of Bill Gates. If you don’t consider Putin and Trump to be the saviours but a danger, you are considered to be a demon. If you don’t believe in Q and the miracle world savior team behind Trump, you are a “clown” from the “left deep state”. Even reptiloids from another dimension are taken so seriously that one can quickly be considered a reptiloid.

The most successful classical authors fooled their audience

There has been a number of bestselling conspiracy authors in the last 200 years who were instrumental in defining the dogmas and ways of thinking. Less successful authors, and later the Internet truthers, endlessly copied from the bestseller authors and internalized the dogmas.

Russian secret services promoted the anti-Semitic fairy tales, especially in the Muslim world. Yuri Andropov simultaneously launched a massive anti-Semitic campaign and promoted radical Islam. By 1978, the Soviet bloc had succeeded in placing some 4,000 agents of influence in the Islamic world and, in addition, in distributing hundreds of thousands of copies of the Fake Protocols of Zion. Many Arab governments additionally financed new prints of the protocols and taught them in their schools as historical fact. In Syria, for example, the text is a bestseller. The Soviet Union regarded Syria as a partner and supplied modern weaponry. In 2005 there was a revised new edition, which was authorized by the Syrian Ministry of Information. In Syria, state-controlled television stations also occasionally broadcast mini-series on the Protocols, along with several other anti-Semitic topics.

During the Cold War, the Soviet KGB attempted to influence the leftist currents of investigative writers in the West on a larger scale. The many books and reports had a certain level of sophistication, but only deplored NATO activities, not the Soviet aggressions and the gulags.

After 1991 the Russian secret services expanded their activities in the field of (new) right-wing conspiracy media. The fairy tales about a socialist-Jewish world conspiracy were rehashed and the Putin regime was celebrated as a Christian-conservative antipole. Russian agents of influence in the West simply copy the essential points from the Russian media and hide behind freedom of opinion and press.

Alex Jones claimed to be in league with right-wing American intelligence and military officials who encourage him to promote the Putin regime. It is possible that Jones was deceived by the idea that the Communists must be prevented from regaining power in Russia.

For many years, the Council for National Policy has worked in quasi-secret to run the right-wing scene in the United States, including the more extreme segments and conspiracy theorists.

After the fiasco of the Bush administration, the Republicans needed new ideas and faces to gain respect and attract a broad spectrum of the population. Then they introduced to their target audience an aged showbiz and real estate mogul named Trump and the fad we call “alt.right” or “new right”.

Nothing about it was really new or alternative. Hate Muslims and be obsessed with Muslim extremism? We had that during most of the Bush administration. Hate the left and be obsessed with communist subversion? We had all that all Cold War long. The idea of a pure white ethnic state and absolutist white rule? That sounds like old school colonialist British psychopathy. The idea that the Russian regime will come to the rescue, will be a global leader and a role model? Sounds like what Western communists believed until the Soviet Union collapsed.

While the alt.right is obsessed with the senile mogul George Soros, who distributes money to leftists like candy but doesn’t make any decisions, the alt.right gets very nervous when asked about the billionaire donors of the right sector like the Mercer family, the Shillmans or the Rosenwalds.

It is by no means only Jewish billionaires who pump money into alt.right, and it is not just a simple trick to get the right-wing scene away from anti-Semitism and towards Islamophobia.

The “Council for National Policy” is a network where rich and influential people find right-wing groups to invest money in them. The spectrum ranges from mainstream Republican groups to clowns like David Duke and even the early conspiracy media of the John Birch Society. Not every CNP member is automatically and consciously part of a conspiracy. It can be assumed that many bona fide members are simply observed and indirectly controlled. Steve Bannon is only one of several members who overlapped with the Trump administration, and sources tell us that the Council was instrumental in successfully promoting Trump to conservative Christians (“Evangelicals”), although Trump originally had no credibility as a conservative, only tweets.

Breitbart may have fallen from grace and Bannon was kicked out of the White House, but the elite circles have enough money to keep Trumpism and the alt.right going. Stars like Milo can be built up and when they fall, new stars can be built or adapted very quickly.

Today, Infowars has evolved into a hybrid that retains some classic conspiracy media attributes, but largely adopts the pillars of the alt.right ideology. You look at Infowars these days and hardly notice that it is the website of America’s leading conspiracy theorist. All you will find are Trump advertisements, excuses for Trump, fairy tales about Trump and great expectations of Trump, hatred of Trump’s opponents, unfair generalized stereotypes about Muslims, and of course fear of communist subversion. Jones used to educate people about the left-right paradigm. Now he is doing exactly what he thought was wrong and misleading. Everything that is directed against the left is now considered “good”. Even internment camps.

And Jones has heavily promoted people like Posobiec, Tommy Robinson and Laura Loomer, who are or were associated with the aforementioned elite billionaire donors. Jones even considered hiring them.

Russia is in serious COVID disarray

Activism and resistance techniques are intentionally designed to fail

Impeachment? Trump caused way more damage in Russia than in the US

Mueller has finished, everybody misses the bigger picture