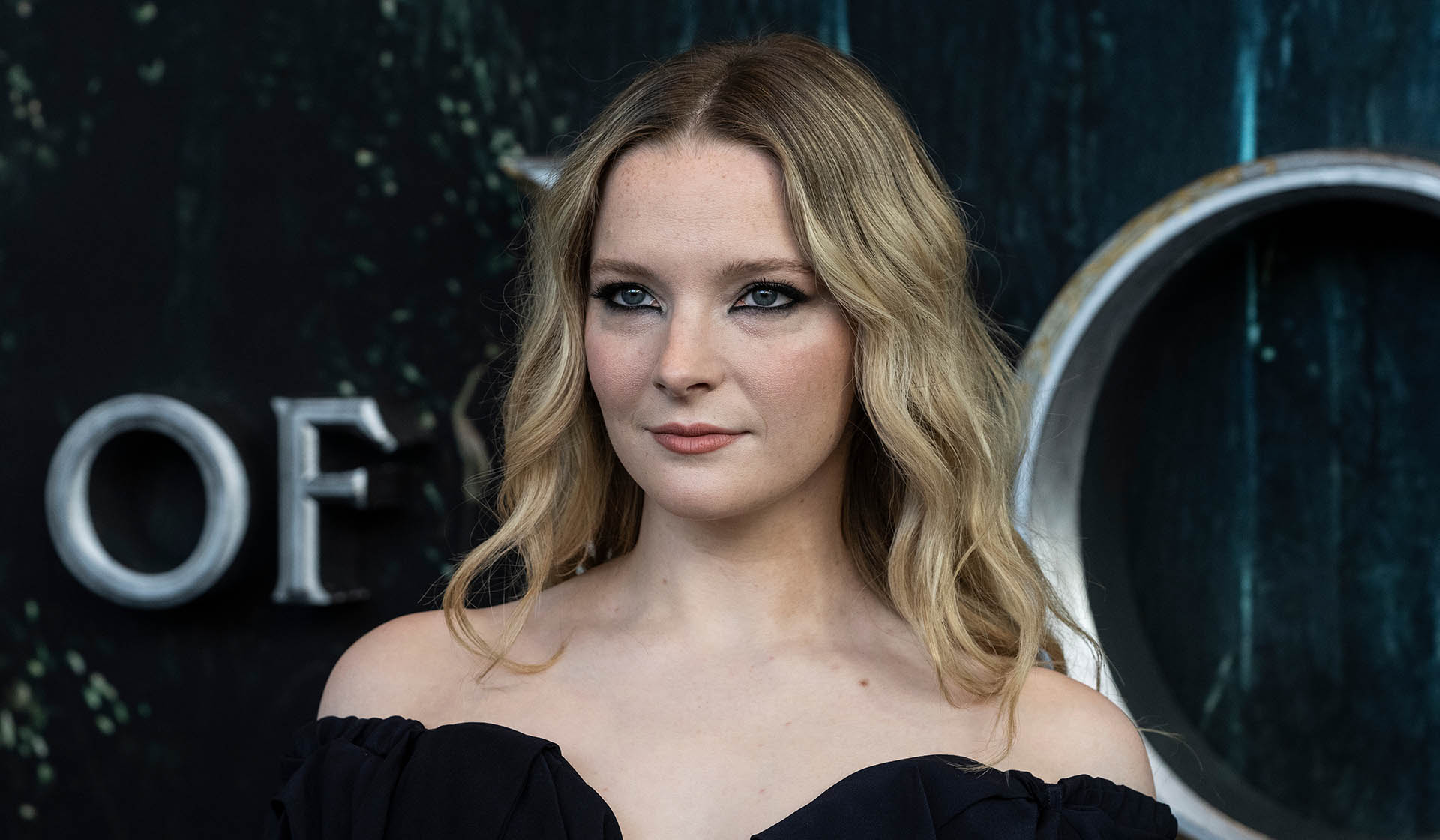 One show to trash all of middle earth

Is Amazon’s” The Lord of the Rings: The Rings of Power” a woke reboot? Definitely yes, as far as you can tell from the two episodes released so far. The main character is Galadriel, who has only served as an esoteric fortune teller in Peter Jackson’s previous film adaptations and briefly as a fighter in the Hobbit series. She is now, during the conspiracy surrounding Sauron’s Rings and the one Master Ring, an elite soldier who seems to be the only one who understands that Sauron is planning his big comeback. She has already been compared to Carrie Mathison from “Homeland”.

She has to submit to a male white elf king who has a new magical mega furnace planned, which seems to have something to do with Sauron’s rings. The Elf-King represents male corruption and conservatism, while Galadriel represents feminist progress as she defies orders to swim across the ocean to return to Middle-Earth. Her friend Elrond is a privileged white elf who has settled comfortably with the status quo. Out of friendly, maybe even romantic motives, he keeps Galadriel’s warnings in mind and embarks on a special mission to enlist the help of the dwarves for the new Super Furnace. Of course, the dwarf king is also conservative-corrupt and has a secret that seems to be one of the Sauron rings. One gets the feeling that his daughter-in-law (an Afro dwarf) is yet to play a significant heroic role.

Otherwise there is an Afro-soldier-elf who is sent home by his white superiors after a long-term occupation including tensions with the local human population. He shouldn’t step out of line, but simply follow the orders and rewards and privileges will await him upon return. But of course he steps out of line and has a forbidden romance with a human woman and investigates strange clues, which of course lead to Sauron. Finally, we get Nori from the nomadic hair-foot hobbits, who look like dirty homeless people and are very different from the arch-conservative hobbits from the Peter Jackson films, who weren’t in the mood for change and adventure, but tended their lawns.

But even with the harefoots, Nori is expected to fit into the standard program and not try new things. Of course she represents feminist progress and finds a strange man who lands on earth with a comet; probably a magician.

Tolkien wanted to create a white British mythology because Britain didn’t have its own, but only copied foreign myths. His father was a bank manager and he was allowed to go to an elite school and then to Oxford. He survived the first World War and in the second he was temporarily intended to serve as a code breaker which meant the establishment trusted him. He understood the delicate nature of power and dreamed of anarchist ideas, but he was not a typical leftist. In “Lord of the Rings” the decisive characters are often nobles, princes, somehow special.

Leftists later forced their ideas into his stories. A colorful multi-cultural troupe taking on a conformist, fascist-like empire. When The Hobbit trilogy hit theaters, some reviewers grumbled that the story was very conservative and reactionary: a group of white male dwarfs set out to reclaim their ancient kingdom in the mountain. They have felt oppressed for too long, without due respect. All of this contradicts the so-called Marxist “critical theory” which, in principle, wants to attack everything that is considered normal or established. All techniques of discrimination are employed, but it is claimed that discrimination occurs only when an established powerful group talks crap about a weaker group. So you want to make everything equal that way.

But if you adapt a story like Tolkien’s with the intention of trashing everything traditional, then the problem arises that almost everything and everyone is portrayed negatively, you really don’t really like any characters or structures. Amazon plans to spend up to $1 billion trashing Middle-earth. Classic filmmaking says that the audience should like as many characters, their motives and structures as possible. In the Peter Jackson films, Middle-earth is a place where, despite the dangers, one would like to live, whether as a proud Knight of Gondor, a cool strider, mage, elf or hobbit.

You want to keep your distance from amazon Middle-earth. You don’t see proud human knights, but frustrated and questionable villagers. The Elves seem like a normal Empire and have nothing attractive about them other than their nature and artistry.

The hairy-footed hobbits seem like the total cliché of filthy nomads.

Marxist “critical theory” is also why JK Rowling has come to get such a bad rap from the woke crowd: their magical world is appealing, and almost everything in it is ultimately traditional and enduring.

amazon does not behave like a corporation that makes money by catering to the public, but rather like a socialist government that imposes a specific, politicized form of art on the people, no matter what the cost.

It has been said by disappointed viewers and reviewers that the actors are really bad. That’s not correct. They come across as competent theater actors who would be in good hands in Hamlet. But for a $1 billion show, that’s not enough. Since you can’t keep producing one expensive action scene after another, the series consists of a lot of dialogue scenes; so you look at faces and listen to voices. The cast of Peter Jackson’s trilogy didn’t work because they were all white, but because they had very interesting voices and faces. Elijah Wood’s angelic visage, Ian McKellen’s cliche-perfect voice, Karl Urban and Viggo Mortensen’s three-day-studded ladykiller faces, Orlando Bloom for the younger lady in the audience, etc. Everything was designed to get the characters and their groupings together like. You don’t like anyone in amazon’s Rings of Power; not even the ones you kindly have to like according to the political and social message. On their own, Galadriel or Nori or Elrond are brave and self-sacrificing characters, but it’s just a fantasy story. If I want to see art-free, real heroes, then I can always look at the fates of Ukrainian soldiers. As with almost all Amazon productions, the casting was a failure and you can’t blame the critics afterwards for being racist.

There was no need to reinvent the wheel for the amazon series, because roughly everything was already in place. Sauron as the villain and a new type of Fellowship to fight him. One ring was always just a plot device, a McGuffin, a doomsday weapon like those found in countless science fiction screenplays. It makes sense to tell the origin story of one ring and the other Sauron rings because there is little else that has continuity that doesn’t pale in comparison to the stories we already know. It’s kind of exciting when various rulers have apparently already got involved with Sauron’s rings and want to deliberately sabotage everything that stands in the way of the agenda. The Peter Jackson trilogy in the shorter cinema editions lasts a total of around 10 hours, which roughly corresponds to a single season for the Amazon series. However, amazon is planning several seasons and here the need arises to stretch the predictable and thin plot enormously. In the first Jackson film, the pacing is snappy; you get a brief backstory, then Gandalf and Frodo realize they have the one ring, we learn that Sauron already has his sights set on the Shire, and then the hobbit group’s perilous journey begins. In amazon’s series, the story babbles along. Galadriel does find Sauro’s mark in an abandoned northern fortress, but that’s not conclusive evidence of anything, so the elves head back home for now, where we then get unexciting dialogue scenes. The Afro-Elf, who always just looks around sullenly and blankly, follows tracks that we already know where they lead. Nori’s subplot with the asteroid man is completely stupid. Elrond could actually have a quick meeting with the dwarven prince, but instead we have to watch a stupid stone-breaking competition first, and then a dinner dialogue with the prince’s Afro wife. Peter Jackson could still, especially in the extended editions of his films, take the time to show things from Middle-earth that made the different groups even more sympathetic. Whether it’s pipe smoking Longbottom Leaf tobacco, happy drinking rounds, or a side quest. In the amazon broadcast, Galadriel cannot simply refuse her trip to Valinor, but has to drive almost to the finish, standing stiffly like in a Crusader painting, then jump into the water, swim for a while, then find a raft made of debris from people , whose ship was attacked by a giant beast, which of course then attacks again. Bad scripts have been the top problem in the film industry for many years. One cannot block the criticism here with the reference that any Diehard Tolkien fans were not fully served.

Peter Jackson wasn’t just the hired director, he was a Diehard Tolkien fanatic who, through his persistence, made the film project possible in the first place. If he had to rely on a 2nd Unit Director or 3rd Unit Director, that worked. Additionally, Jackson is responsible for New Zealand as a location, hiring the chief designers, and even new effects companies like Weta Digital.

On Rings of Power, J.A. Bayona did the first two episodes, and it seems that what follows is a mishmash of directors who mostly shout action and cut but have little impact otherwise. A director simply has to notice early on when scenes seem boring or otherwise unattractive. The second season, it was previously revealed, will have an all-female directing team.

Amazon can score here. Certain well-known design elements were used in collaboration with Warner to provide visual continuity. The cinematography is really good, even apart from the expensive effect shots. Scenes without many computer effects look almost as if they were shot on 35mm. Fantasy films, where everyone wears costumes and sets are made of painted styrofoam and where computer-generated elements are ubiquitous, it’s an advantage if 35mm film can make everything look more organic and less artificial. Nowadays it is no longer a problem to simulate the analogue look almost completely. And that doesn’t just mean fake grain. Much of the Jackson trilogy was the look of Middle-earth, and there was no way to cut corners out of Marxist motives.

And here is the next fail. Or the next side effect of “critical theory”. The music is listless monotony, and now and then excited banging. In Jackson’s films, each group had its own theme, which is immediately recognizable and makes the respective group even more attractive. However, Rings of Power is meant to only be allowed to like a few characters, so the music is there simply because it would be absurd not to have any music.

Equals zero. That’s what most viewers probably noticed within the first few minutes. I can’t judge if the experience is somehow magical for anyone with a blood alcohol content of 1 per thousand or after consuming other intoxicating substances, but everything feels completely dead, like watching a mediocre documentary.

Jackson has already anticipated everything iconographic and only fragments of it have survived on amazon. If the series and the characters had different names, you wouldn’t notice it.

Gorbatchev was a KGB puppet

The real Game of Thrones

Stanley Kubrick was focused on the covert continuation of aristocratic rule